This was the battle cry of Lucifer as he led a third of the angel army in rebellion against the Most High. They followed him to what they thought would be a place of power and ultimate authority, but they soon discovered that God will share His throne with no one. In His righteous and holy power, God cast Satan and his angels from heaven and through lightning and fire, Satan fell from his place in the presence of God. Such is the story of the one called Lucifer, now Satan, the enemy of all God’s people. Many have asked what drove Satan and his angels to pursue such a task. To dethrone God Himself was definitely a very ambitious plan of attack. Yet for some reason, the power and majesty that God possessed did not deter Satan and his angels from attempting what he of all beings should have known to be an impossible ambition. Why would he attempt this? What drove Satan to rebel against God? What was it that made him so blind that he could not see the folly in his errand? The answer is a very simple one. Pride. Pride is at the root of Lucifer’s demise. He incorrectly saw himself as equal to God and thought he possessed the ability to challenge God’s authority. He was wrong. And he will be suffering the consequences for that error for eternity. Yet pride is not something that is confined to Satan or his angels. It is something that is very real in the life of every person. Every Christian must be on guard throughout their entire life for this very simple and deceiving sin called pride.

Something we must realize right off the bat is that pride is disrespectful. It disrespects the power and authority that God has. It disrespects the majesty and glory that God possesses. It causes us to look to ourselves as the source of power and instead of God. It causes us to look internally for the source of strength instead of relying upon God and His provision for us. Pride disrespects God and all that He has done for us. In our pride, we try to put ourselves above God just as Satan tried to do. When we think too highly of ourselves or believe that we in someway deserve more than we have, we are placing ourselves on a level that we have no business standing on. God will share His power and majesty with no one. I believe that the church today has lost a healthy fear of God and His holiness. This fear is a respect and reverence for the power that God has. Pride is the exact opposite of this reverence. It is us, as feeble humans, shaking our fists at God and telling Him to “bring it on.“

Something else we must realize is that pride is completely and totally illogical. If we are to look at where we came from and the situation that we found ourselves in before Christ, we would see that there is no room for boasting or pride. The Lord pulled us out of the muck and mire that we were in and gave us life. He breathed salvation into us and we received it based on no merit of our own. The Lord took pity on us in our helpless state and instead of enacting justice, which we fully deserved, He decided in His great love to give us grace and forgiveness. This is only available through Christ and the sacrifice that He made on the cross. We had no part in this work that Christ accomplished. It is illogical for us to think that we have something to boast about. Pride is not logical. Pride tells a lie about where we have come from and what God has done. Our lives and conduct as Christians must tell the truth about God.

Pride is the Root

I believe that I can make the statement that every single sin that has ever occurred in the life of every individual has had pride at its root. I believe that pride is the ultimate reason for every sin that people commit. At the root, pride is present. Sin is ultimately putting ourselves and our own desires above those of God. Sin says that we don’t care about what God has said or done. When we sin, we are placing ourselves above the level of God. We are doing what Satan did in his mind and attempted to do in reality. We say that we know best and our way is more important than the way God has laid out in His Word. There is nothing that will destroy a ministry, witness or platform faster and more effectively than pride. It has been the downfall of many men and women. We must take heed to not let pride get into our hearts and poison us in our Christian lives. Every sin, whether it be lying, stealing, adultery, lust, anger, or anything else that you could imagine has, at its root, the desire to follow our own ways and not the ways of God. This is the ultimate definition of pride itself.

What is the Solution?

So how do we fight against pride? How do we live our lives in a way that guards our hearts against the desire to follow our own way? I believe the answer to this is just a simple as the problem. Humility. Humility is perhaps the greatest and most difficult virtue a Christian can have. Humility is everything pride is not. Humility lowers ourselves and makes much of others. Humility shows that we esteem God and His ways over that of our own. Humility is not a constant berating of ourselves, but a realistic and thankful lifestyle. Humility is, at its root, making much of Jesus Christ and living our lives in a way that glorify and magnify His name. Living a humble life means that we take into consideration our thoughts, actions, speech, and motives and filter them through whether or not they are glorifying Christ or bringing glory to ourselves. A practical way to do this is to simply ask yourself “how does this bring God glory?“ Live your life, not thinking about what you can get out of it or how good you can make yourself look in a certain situation, but in a way that makes less of yourself and more of Jesus. Remember the words of John the Baptist when he said of Christ, “He must increase and I must decrease.” This should be the life motto of every Christian. Make much of Jesus as you live for Him. Look to Christ as your example. He lived and died with humility and He is the ultimate embodiment of what it looks like to be humble.

To help with this, you should check out this awesome resource. I have read this book and highly recommend it to anyone. Just click on the link and it will send you to where you can purchase this book for yourself and be encouraged to follow the example of Christ and show humility as you live your life for the glory of God. 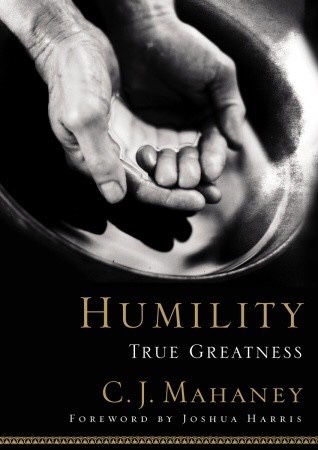 When God Seems Far Off

It is easy to praise the Lord’s sovereignty in the peaks and mountain tops. Yet as many know, the Christian life is often not spent in the grassy hilltops, but rather in the trenches, where it is cold, dirty and lonely.
Jan 21, 2019
4 min read
Jan
14

Aphid Pimples And The Providence Of God

For The Sake Of One

Here’s a thought for you. I don’t think we Christians are wired to handle fame. I don't think we are wired in a way that gives us the ability to deal with stardom in a beneficial way. I think there is a very special and Biblical reason for this.
Nov 16, 2018
4 min read
Nov
09

Our Anchor In The Storm

For more information about how to support Drew and Betty, go to their website at amongsttheaungsts.com.
Oct 19, 2018
1 min read